Ajmer Sharif Mazar, located in Ajmer, Rajasthan state, is one of the major pilgrimage centers in India. The city of Ajmer is surrounded by the Aravalli hills. It is famous all over the country by the name of Ajmer Sharif Dargah.

The tomb of Moinuddin Chishti built-in Ajmer is considered a sacred place not only for Muslims but also for followers of every religion in India.

Let us tell you that Khwaja Moinuddin Chishti was a famous Sufi saint as well as an Islamic scholar and philosopher.

His fame as the great preacher of Islam was also spread around the world. He spread his great ideas and teachings and was also considered the founder of Islam in India. He was also known as Khwaja Garib Nawaz. Due to his amazing and miraculous powers, he also became very popular among the Mughal emperors.

He took the teachings of Muslim religion from his mentor Usman Haruni and after this he made many trips to spread the religion and gave his great sermons. Khwaja Garib Nawaz did the Haj pilgrimage on foot.

According to historians, Sultan Ghiyasuddin Khilji built the Ajmer Sharif Dargah in about 1465. Later, the Mughal emperors Humayun, Akbar, Shah Jahan and Jahangir developed this dargah vigorously. Along with this, many structures and mosques were also built here.

Very grand and attractive doors have been made for entering this dargah, including Nizam Gate, Jannati Darwaza, Nakarkhana (Shahjahani Gate), Buland Darawaja. Apart from this, there is also a very beautiful Shah Jahani Mosque inside the Dargah of Khwaja Garib Nawaz.

As the last resting place of Moin-ud-din Chishti, this tomb has contributed significantly in spreading the moral and spiritual values ​​of Islam among the masses. The wave of a strange kind of scent attracts the pilgrims who come here for the whole time. This inspires tourists with a spontaneous and unchanging urge towards spirituality.

Dargah Sharif is undoubtedly the most popular pilgrimage center in Rajasthan. It is the resting place of Khwaja Moin-ud-din Chishti, a great Sufi saint, who was a great Sufi saint, he devoted his entire life to the upliftment of the poor and dalits. Because this place is known as a very holy place by people of all religions. Ajmer Sharif was built by the Mughals. Therefore, it gets an amazing glimpse of the Mughal architecture.

The tomb of Ajmer Sharif has various components such as tombs, courtyards and courtyards etc. Of all these structures here, the most prominent are – Nizam Gate, Aulia Masjid, Dargah Shrine, Buland Darwaza, Jama Masjid, Mahfilkhana and about a dozen other major establishments.

A 6-day annual festival in the form of Urs is celebrated with great fervor and pomp, to commemorate the death anniversary of Sufi saint Moiuddin Chishti in Ajmer Sharif. This Urs begins by hoisting the flag at the Buland Darwaza. The festival of Urs is celebrated in the month of Rajab after seeing the moon.

It is believed that Khwaja Saheb locked himself in a room in the last 6 days of his life and prayed to Allah and left his body. Hence the festival of Urs lasts for 6 days. At the same time, during Urs, changes are made in the daily program of Ajmer Sharif.

Many prominent and famous personalities, including the country’s first Prime Minister Jawaharlal Nehru, BJP veteran leader late Atal Bihari Vajpayee, the country’s first woman PM Indira Gandhi, Barack Obama, have stood on Khwaja’s tomb. Along with this, often big politicians and celebrities come to Khwaja’s court and offer flowers of their akidat and offer a sheet of faith.

How to reach Ajmer Sharif Rajasthan 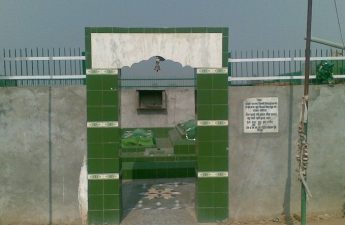