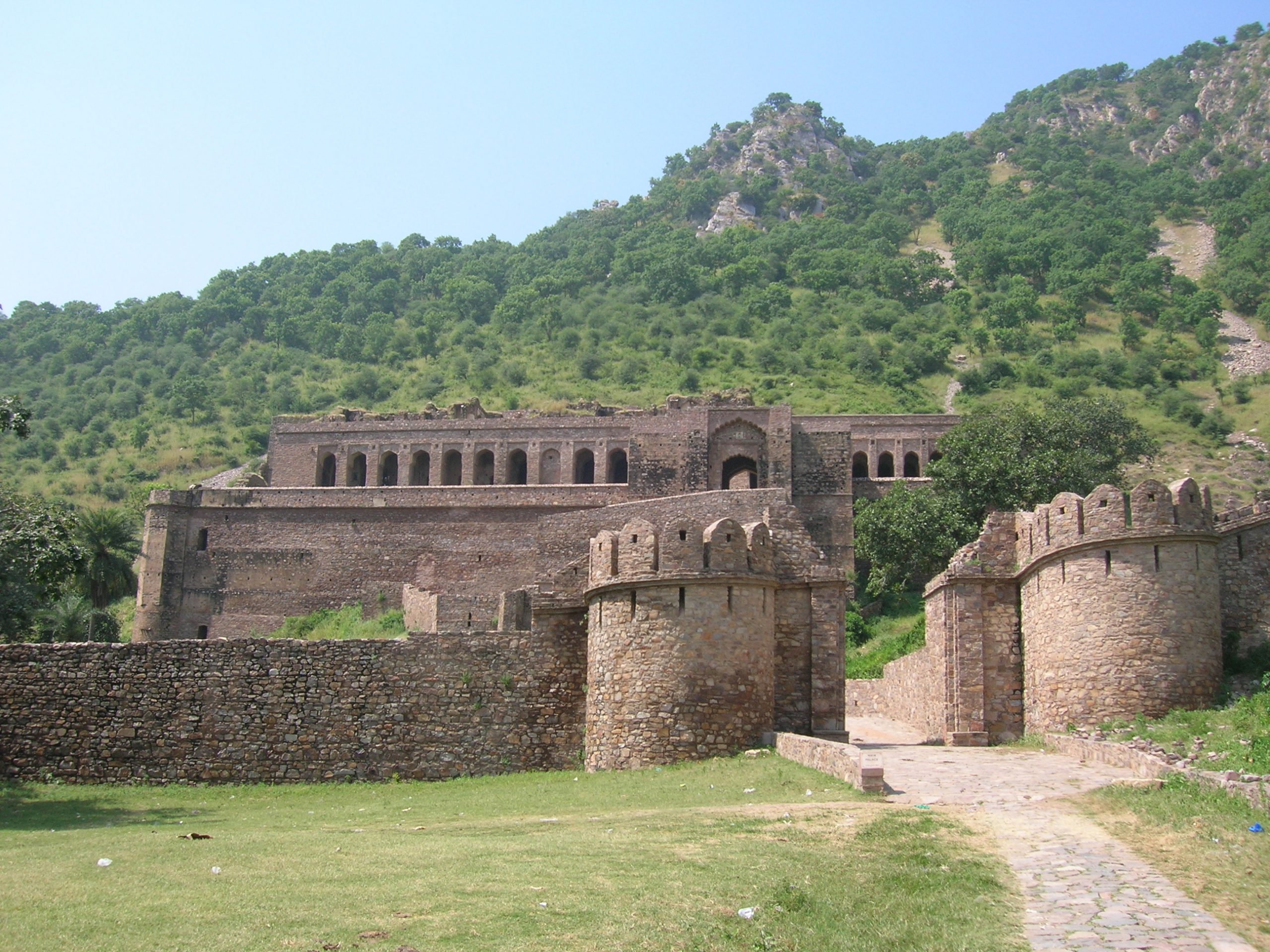 Bhangarh Fort is a historical fort located in the Alwar district of Rajasthan. This fort is known for ghosts in the world along with India, hence it is called “Fort of Ghosts”. This fort was built in 1573 by the King of Amer, Bhagwant Das.
The Bhangarh fort is surrounded by four more walls, inside which are the ruins of the Havelis and the front market, both of which and the ruins of the shops are built. There is a palace built at the end of the fort, which is now almost converted into ruins. The fort of Bhangarh is surrounded by hills all around, due to which in the rainy season, green hills are seen on the hills on every side.
The fort of Bhangarh is also one of the dreaded forts in the world. Entry and stay inside the fort is not allowed after the sunset, because after sunset, the fort souls wake up and there are various voices inside the fort which include screaming, crying of women, The chirping of the chudiya, and the sound of swords.
It is said that whoever stayed in the fort after nightfall has lost his life. Bhangarh Fort is one of the most feared places in the world. It is believed that there are ghosts even today.

There is a famous story about the fort that it is said that the princess of Bhangarh was Ratnayavati Apoorva Sundari, at that time her form was discussed in the whole state and the princes of every corner of the country were willing to marry her. In the same state, there lived a tantric Sindhiya who was a master of the art magic and wanted to get the princess crazy and the princess. One day the princess went to the market with her friends and reached a perfume shop and picked up a bottle of perfume in which the tantric by Already the magic was done when the princess realized this, then the princess slammed the nearby stone and the bottle fell on the stone. Due to which the perfume spread on the stone and that stone followed the Tantrik and later crushed him by the stone. And he died.

While dying, the Tantrik cursed that the people residing in the fort will die soon and their souls will continue to wander in this fort. After this, there was the war between Bhangarh and Ajabgarh in which all the fort dwellers were killed with the princess and due to the curse, their spirits still roam around this fort.
There is another story of the destruction of Bhangarh Fort. The hill on which the fort was built. A sage Guru Balu Nath resided on it, on top of which the hill was built by King Bhagwant Singh. His only condition for building the fort there was that it would never cast a fortress on his residence. But when the fort was built, the shadow of the pillars in that fort fell on the house of the ascetic. Due to which curse of angry monk ruined the fort and surrounding villages. A small stone hut, known as the matriarch of the tantrikas, sees the fort.

The truth seems to be that after the death of Chatar Singh, since Ajab Singh had already established a new fort, the population of the region declined. A famine in 1783 forced the remaining villagers to find new avenues. In 1720, Raja Jai ​​Singh, the grandson of Man Singh, added Bhangarh to his property.

The entrance to Bhangarh is prohibited between sunset and sunrise. It is the most haunted fort in India.

How To Reach Bhangarh Fort Alwar