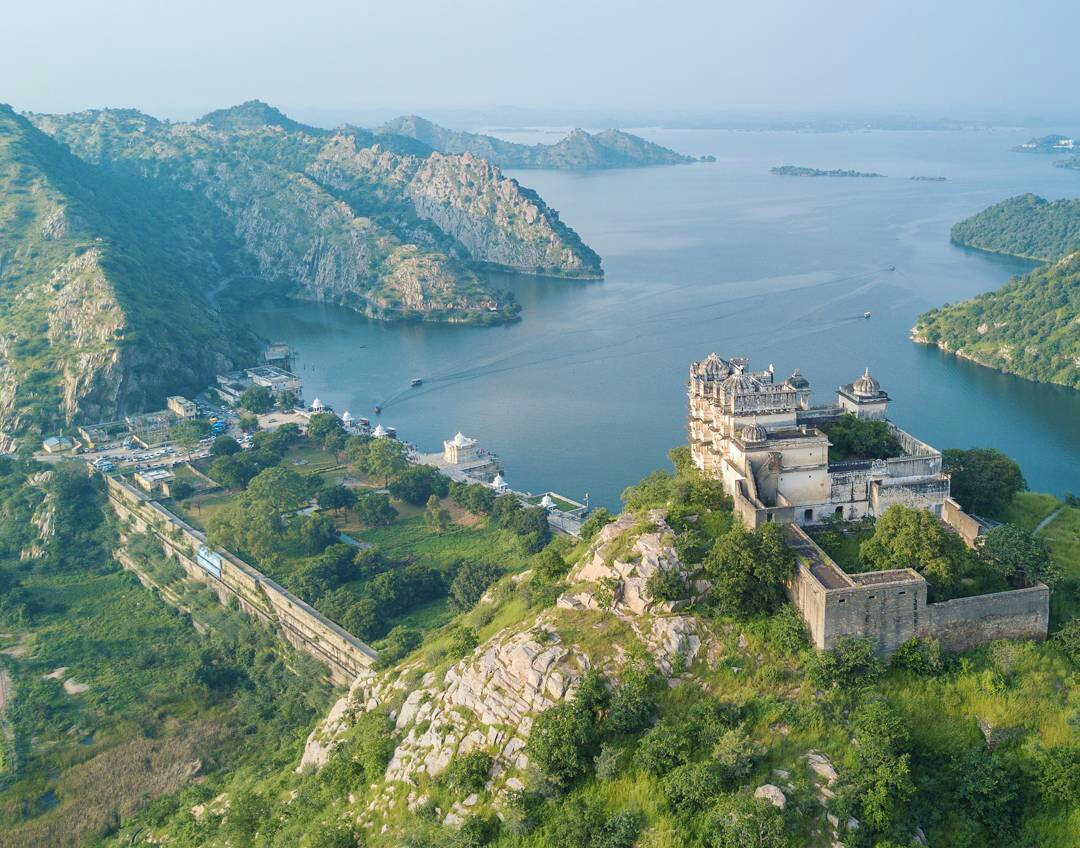 Jaisamand Lake or Dhebar Lake is a huge reservoir located in Udaipur in the southeast of the Aravali range of Rajasthan state of India. It is located on the Udaipur-Salumbar road, south-east, 51 km away from Udaipur District headquarters.

With its natural surroundings and the beauty of the dam’s architecture, this lake has become an important tourist attraction for years. The best time to visit here is at the time of monsoon.

The houses made with Ken on the road along the lake offer a very panoramic view. This is the most beautiful view of the lake.

“Jaisamand Lake is one of the main tourist destinations of Rajasthan and this lake have the distinction of being Asia’s largest artificial lake.”

The construction of the Jaisamand Lake was done by the Maharana of Udaipur for a picnic in 1687-1691. They also built an island in the middle of this lake.

This artificial Lake, which was constructed between 1687 and 1691 AD by the then Maharana Jayasingh of Udaipur 14 thousand 400 meters in length and 9,500 meters wide, is considered as the largest freshwater lake in Asia.

In between the two hills, Dhebar Pass was given the form of an artificial lake and after the name of Maharana Jayasingh, it was called ‘Jaysamand’.

It is said that some years ago, there were nine rivers and more than half a dozen streams of water coming in this lake, but now only the Gomti river and its tributaries and some streams of water do reach. 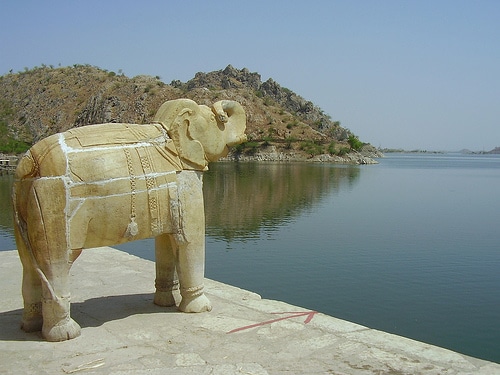 The sight of architecture The Jaisamand Lake is a major center of attraction in itself. Six beautiful umbrellas built at some distance on the banks of the lake attract visitors. In front of these umbrellas, three Bediyo were made in front of them.

The statue of the stone has been made in the vertical posture of the six elephants, on top of the Bediyo. Here, the artistic temple of ‘Narmandhatar Mahadev’, which is dedicated to Lord Shiva by Maharana Jai ​​Singh has also been built at the highest point of the dam.

At the northern end of Asia’s largest artificial Lake dam is the palace built by Maharana Fateh Singh, which has now been transformed into a rest house. The palaces built on the southern end were called “the palaces of Maharaj Kumar”.

The palace built by Maharana Jai ​​Singh on the hill of the south end was restored at the time of Maharana Sajjan Singh. He built the ‘Jaynagar’ behind this lake and constructed some buildings and Baudi, which could not be inhabited. Today there are only some remains of construction.

According to historical documents, Maharana Jay Singh constructed 375 meters long and 35-meter high dam on Gomti river that brought water to the lake. The task of building it, two Purabi Chauhan Rajput wakhta and  Galaling were given to.

The width of the wall in the Lake is 20 meters and the breadth above five meters. Construction of the dam was constructed from the white stones of the quarries of Baroda village located in Salumbankar, from the mine to the lake, the stones were used for lanes. The dual wall was constructed in terms of the strength of the lake. 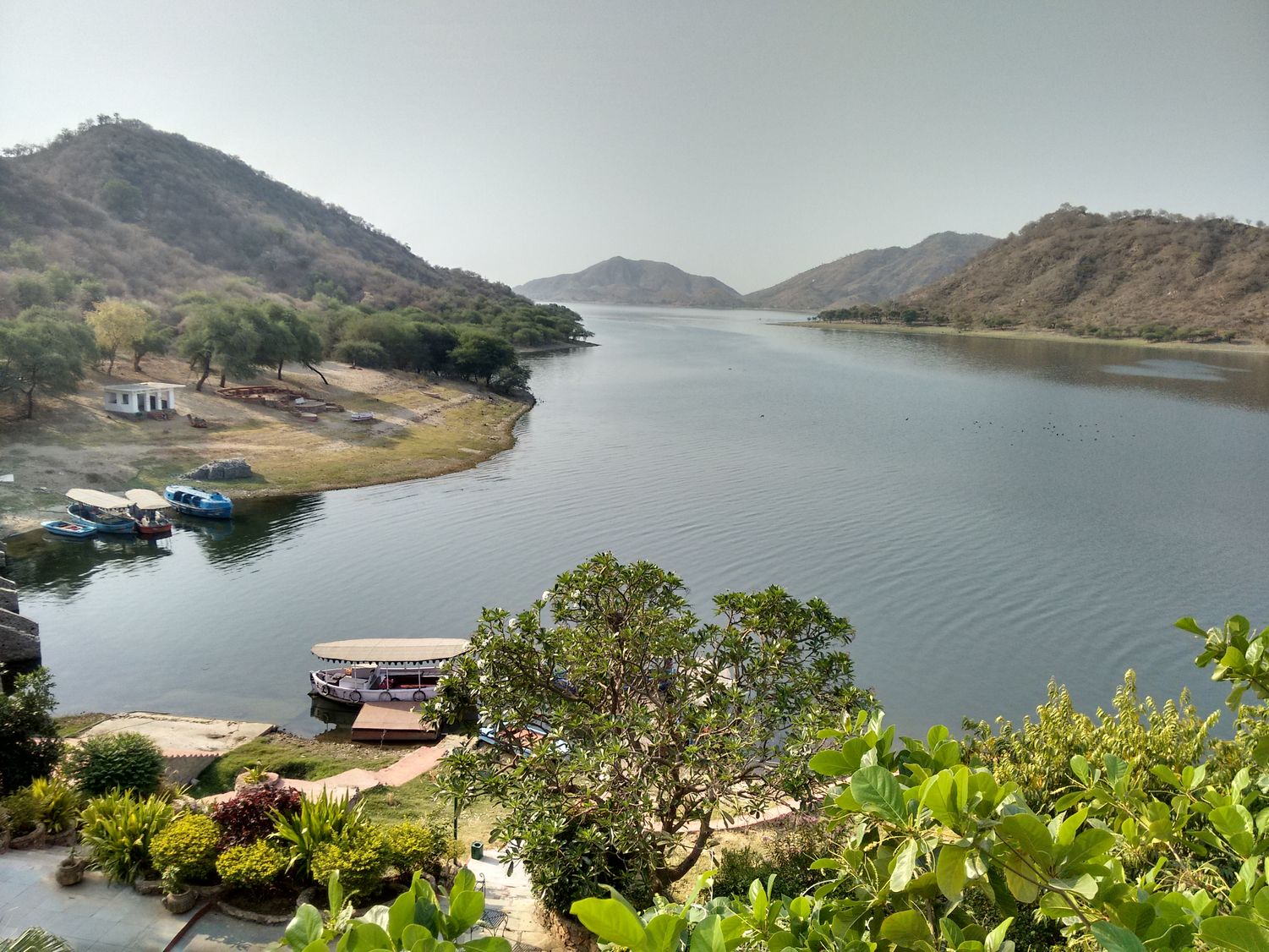 From the point of view of safety, 396 meters long and a further The 36-meter high dam was constructed at a distance of about 100 feet from the dam. In the time of Maharana Sajjan Singh and Fahsinh, the portion between these two dams were filled and plantation was done on flat land

Jaisamand Lake has become the biggest center of tourist attraction. In order to facilitate tourists on an island in front of the dam inside the lake, the ‘Jaysamand Island’ has been built by a private firm.

The boat is operated to reach here. Walking through the Lake from the boat gives itself a unique pleasure experience.

Wildlife Sanctuary has also been created by Forest Department for forest and wildlife lovers near Lake Jaisamand.

There is also a good center for fish farming. The beauty of the lake and its natural surroundings can be imagined that many filmmakers have captured the scenes here in their films.

Due to intensive vegetation and forest along the road, reaching Jamsand lake from Udaipur is also not less than any thrill in itself. 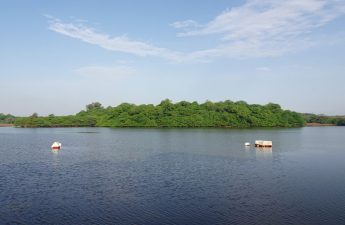 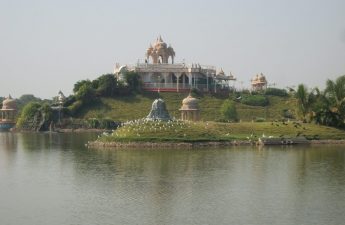 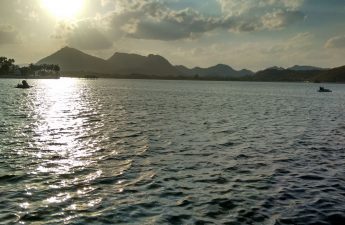