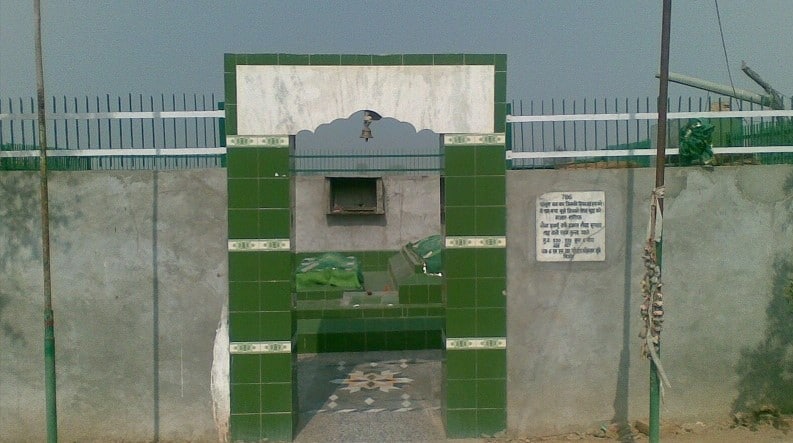 The Laila Majnu Ki Mazar is in Bijnor village of Anupgarh Tahsil in the Shriganganagar district of Rajasthan. It is only two kilometers away from the border of Pakistan.

On the eve of a Mazar in Bijnor village, about 2 km away from Indo-Pakistan, hundreds of couples may be seen praying for their love for immortalization between the tunes of Qawali. There is a fair every year, in which the visitors are fully convinced that their complaint will definitely be confused.

Laila-Majnu’s Story is heard and heard from generations. It is said that Laila and Majnu used to love each other but they were forcibly separated. The people here call this Mazar Laila-Majnu Mazar. Hundreds of people reach people on June 15 every year.

Although historians deny the existence of Laila-Majnu. They call these two fictional characters. But those who come to this Mazar do not make any difference to these things. They just come here for the prosecution.

Every year, hundreds of thousands of people come here to take the Laila-Majnu’s assurance. In the last 10-15 years, there has been a huge increase in the number of people coming here.

All the people who come here are people of religion. Not just Hindus and Muslims, but Sikhs and Christians also come to this fair.

It is the mecca of those who love and the people believe that there should come here once for a happy married life. Given the popularity and curiosity of this Mazar, the government is considering increasing facilities in this village.

People believe that Kailala-Majnu was from Sindh province. They all believe that he died here, but there are many opinions about how death took place. Some people believe that when Laila’s brother found out the love of both of them, she did not tolerate it and she brutally killed Majnu.

When Laila knew this, she reached the body of Majnu and she committed suicide. Although some people hold their second opinion, they say that after fleeing from home, they both reached here and thirsty both of them died.

On this Mazar of Laila-Majnu, there is a two-day fair every year on June 15. In which the lovers and newlyweds of Hindustan and Pakistan come and wish for their successful married life. The special thing is that not only Hindu or Muslim but a large number of Sikhs and Christians are also part of this fair. This holy Mazar is an example of the greatest religion of love.

The Indian Army has given great respect to these great lovers of the past in the world too. A post on the Indo-Pak border has named the BSF’s ‘Majnu Post’. Before the Kargil war, there was an open path from Pakistan to visit the Mazar, but after this, it was closed due to terror intrusion.