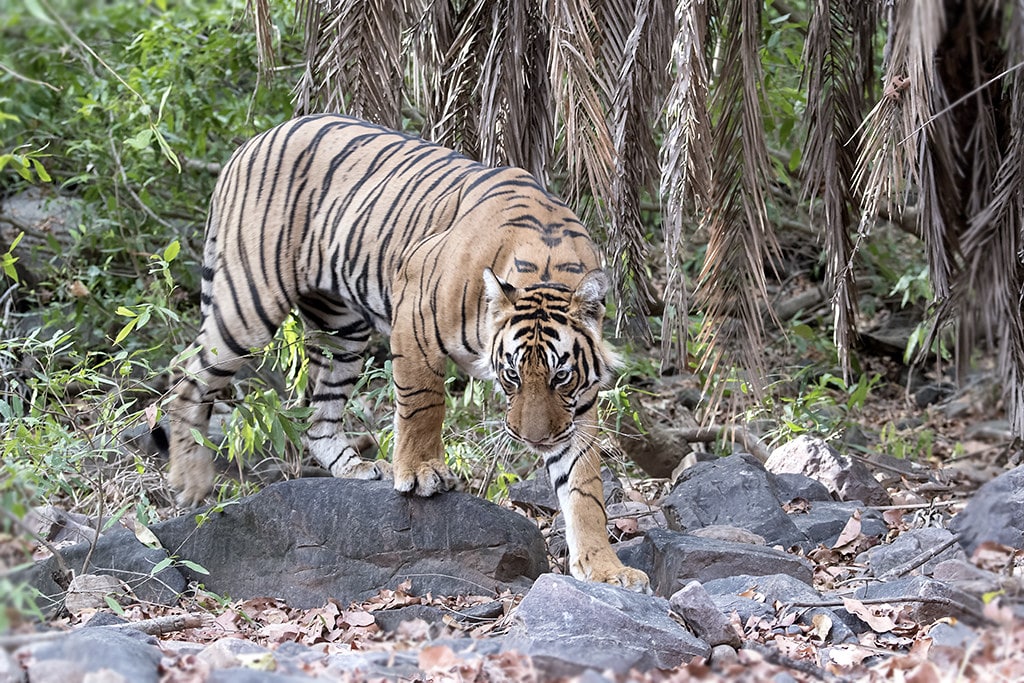 Ranthambore tiger reserve or ranthambore national park has located in the Sawai Madhopur district of Rajasthan state India. Located between the Aravali and Vindhyacha hill ranges, this is one of the best places to see forest lovers.

The Ranthambore Tiger Reserve covers an area of ​​about 400 sq km. And if it is linked to Sawai Man Singh with the sanctuary area, then it is about 500 sq km.

Ranthambore Tiger Reserve was declared a Wildlife Sanctuary in 1957, and in 1974 it got the protection of “Project Tiger”. In 1981, it got National Park status.

Ranthambore Tiger Reserve is composed of many structures that remind you of the past era. There are several water bodies located in the entire park, which provide the right relief for forest residents during the excessive summer months. A huge fort, after which the park has been named. 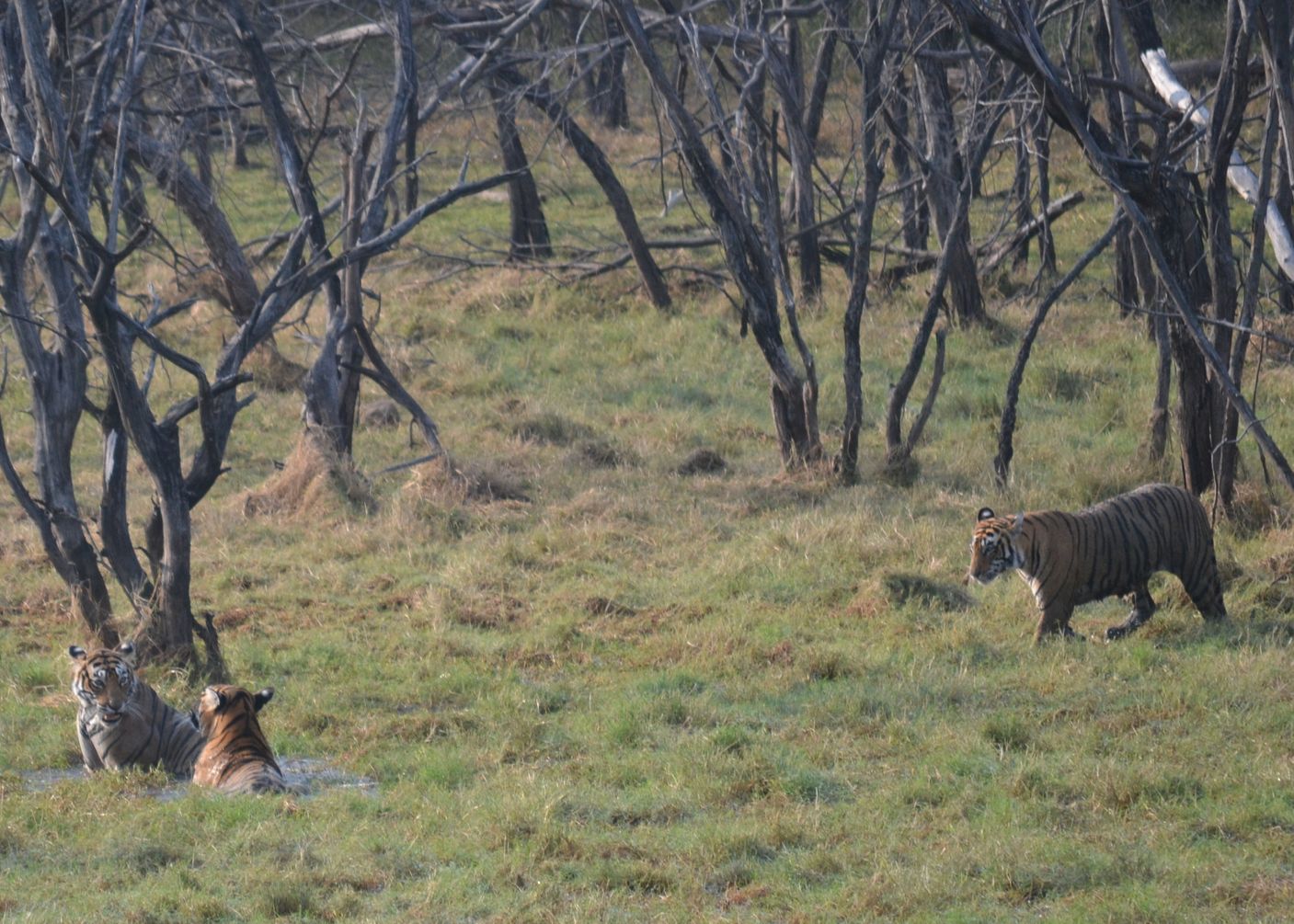 Ranthambore National Parkis surrounded by dense jungle on a large portion of its area. This area with dense forests is called the Bakula area. Bakula has a thick forest.

Due to the availability of excellent forest cover and water, the number of wildlife is high in Bakul area of ​​Ranthambore National Park. Tigers with young cubs are often seen near the area of ​​water in Bakula because the dense jungle provides a tranquil atmosphere for a tigress and its youth.

Fat vegetation also maintains moisture in the air and lowers the temperature of this region. Bakula National Park is one of the best areas in Ranthambore where many birds can be seen walking around trees and small animals like squirrels and monkeys.

This valley, which includes many rocky outflows and low hills are located close to the outskirts of the park. While trying to get into this area, a jeep is the ideal means of transport.

Most of the parks in this area are Panther populations. Panthers avoid going to the main forest to avoid conflict with tigers, who are known to kill them. There is also a good population of deer in this area.

Located in the north-western and northern areas of the park, this area is the ideal place to go in search of deer. There are a lot of ant mountains in these areas, which are favorites of deer. Although very rarely seen deer, the footprint of Indian Striped Deer is often seen here. Their number in the park is not very much.

These ruins are situated between Padam Talab (lake) and Raj Bagh Talab. Ancient stone structures such as arches, palace houses, dome, and stairs provide this area with an aura that is not possible anywhere else in the world.

Especially if you include the surroundings of the forest, these are ruins that remind Ranthambore National Park a unique blend of a wildlife reserve and a past, which makes it one of the most picturesque parks in the whole world. 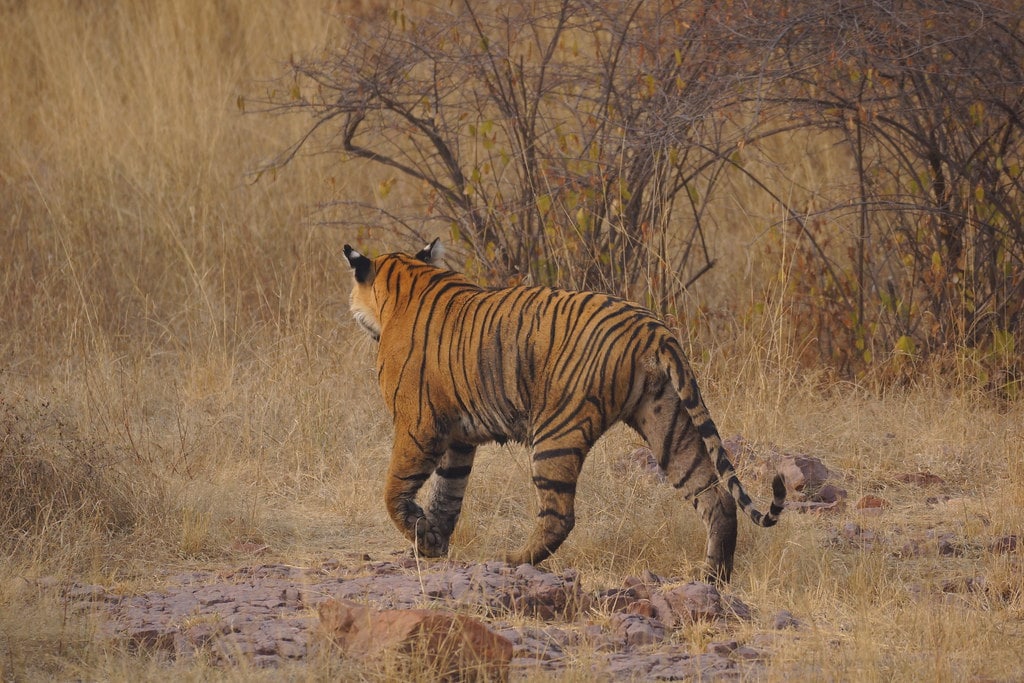 Padam Lake is the most breathtaking and the biggest lake in Ranthambore National Park. Jogi Mahal Guest House is located near the coast of this lake. In the early hours of the morning and before sunset, animals can be seen in large numbers on the lakes. The pond is an important attraction for wildlife photographers. The rare chinkara deer is most likely to be seen here.

This fort is located on top of a hill inside the park. As soon as the fort goes above the surrounding scenes are better and better, the view of the fort is quite fascinating. Therefore, it is advisable to take a good pair of binoculars along with the camera with a powerful lens if possible.

Many animals from the top of the fort can be seen along the edges of all the water bodies, which are visible from above all the fort. This fort provides many interesting architectural and historical sights in its own right. If you are going for the first time in the park then it is very important to visit the fort.

In Ranthambore, the Sambar Deer has adapted the plants from the lake floor to eat the plants. The areas surrounding Rajbagh pond are also like the forest, there are prime tiger spots and it is accessible to the water sources.

It is the smallest of three lakes in Ranthambore National Park. But, as they say, all the best things come in small packages. This is definitely true for Malik Tao. This is an area full of focused action all the time.

It always looks like a healthy population of all kinds of birds. Very clearly on the lake and Indian crocodiles were seen from a very close distance and beautiful specimens. It is quite common to be able to see Kingfisher on the prey of small fish.