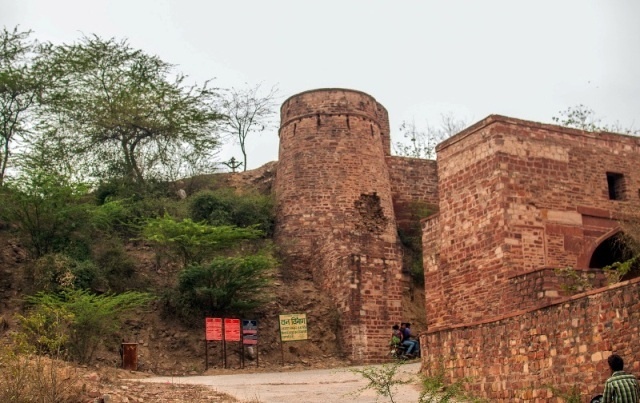 Shergarh Fort is located at a distance of five kilometers from the Rajasthan state of Dholpur, among the mines along the banks of the Chambal River. This fort is an important place for tourism lovers and is located just a few kilometers from NH 44.

If you look at the Shergarh Fort Highway located in the ravines of Chambal, then it easily attracts every passerby from far away. During the rainy days, the fort is surrounded by greenery and this fort looks no less than Kashmir. Amidst the rugged and lush green manure covered with greenery all around, the designed boundary wall built during the time of the historic King Maharajas fascinates every common person.

History of the Shergarh fort

Shergarh Fort was built in 1532 by Maharaja Maldev of the Rathore dynasty of Jodhpur. After this, the fort faced the invasion of Sher Shah Suri. The fort was named Shergarh Fort as soon as it came under Sher Shah. Sher Shah Suri renovated Shergarh Fort in 1540. Shergarh Fort was used as a military cantonment during the time of Raja Maharajas. High bastions are built around it. On which soldiers used to guard the fort while being deployed. That the enemy king is not climbing. The fort has two main gates. One of which is located towards the west and the other towards the south. In olden times, people had to pass through these gates to go out from Dhaulpur.

At the time of the construction of the fort itself, the then Maharaj Maldev built Hanuman’s temple here Which is still located today.

How to reach Dholpur Fort