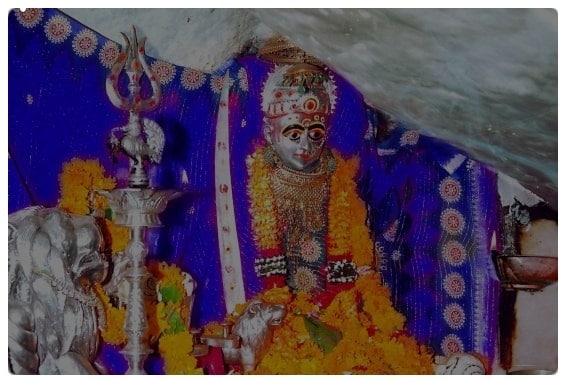 The historic and ancient pilgrimage site of Sundha Mata temple is located near the village of Dantlavas of Raniwada tehsil, jalore. the temple about 105 km from the district headquarters of Jalore district of Rajasthan state and 35 km from Bhinmal subdivision.

Due to the name of this mountain of the Aravalli ranges, it is also known as Sundha Mata. It is also called Adeshvari because the statue of mother is without torso.

This temple is made of white marble stone, resembles the Dilwara temple of Abu, the temple also has an idol of Goddess Chamunda Devi.

The Sundha mountain is mythologically and historically significant. Adi Dev’s taphobhoomi is considered here to slay the Tripura demon. Apart from this, a Shivlinga is installed near the idol of Chamunda Mata and it is the Kuldevata of Upamanyu Gautra of Shrimali Brahmin Society, who believes in Vedic rituals, and this is the Nagini Mata, who is his Kuldevi.

This place has been the taphobhoomi of many sages and sages and it is also said to be the ashram of Rishi Bharadwaj. After the Battle of Haldighati in the year 1576, Mewar ruler History Maharana Pratap had taken refuge to Sundha Mata in his days of suffering.

In the early years of the thirteenth century, Bhinmal was snatched from the Solankis of Gujarat by the Chauhan ruler of Jalore, and the Chauhan rulers of Jalore have a special respect for Sundha Mata. Due to this reverence, Uchisingh’s son Chachigadeva got this temple constructed in Samvat 1312 and in 1319 on the day of Akshaya Tritiya, Mata Chamunda was made famous by law.

In the thirteenth century itself, Alauddin Khilji invaded Jalore and ended the Chauhan branch and this area remained under the Mughals, the Bihari Pathans and the Sultans of Gujarat. After becoming a part of the princely state of Marwar, the royal family of Jodhpur presented this pilgrimage to Dhani, Mangalwa and Chitori villages.

Apart from Rajasthan, lakhs of people from Gujarat, Maharashtra and Madhya Pradesh visit here every year. A nine-day fair is held here twice a year at the time of Navratras and a large crowd of devotees gather. More visitors come to the temple from thirteen to full moon of Shukla Paksha of every month.

It is a natural shade of the place, panoramic environment, greenery spread on the mountain, sand mountains and waterfalls flowing every day and a store of important rare herbs of Ayurveda. It is currently an important tourist destination. 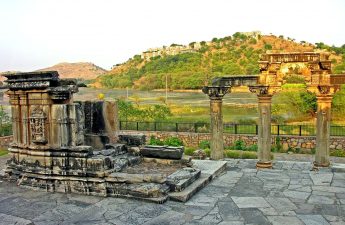 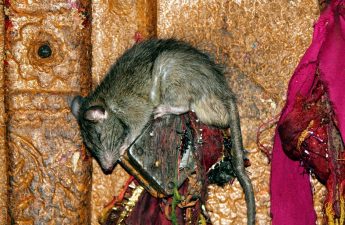